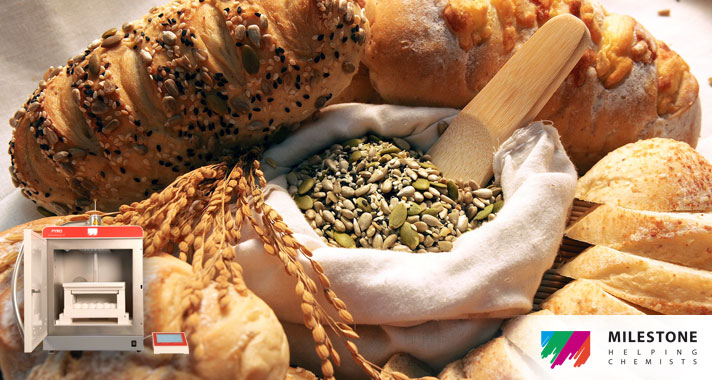 Ashing of food samples is commonly used for the evaluation of the total mineral content.

Ashing of food samples is a common test used to determine the total mineral content. Minerals constituents in food typically include ‘macronutrients’ which are used by the body in various chemical processes at a cellular level and are present in relatively high quantities. Macronutrients in food typically include potassium, sodium, calcium and magnesium. Food also contains ‘trace elements’ which are also vital for specific biological processes and hence essential for health however these are typically found at low concentrations. Trace elements include aluminum, iron, copper, manganese, zinc, arsenic, iodine and fluorine.

Determination of ash content is very important for several reasons. Mineral content in food plays an important role from a physicochemical and nutritional point of view. Ash content analysis is also an accepted index of refinement of foods, such as wheat flour or sugar production, since the ash test is a reliable indicator of efficiency of which the separation of bran and germ from the rest of the wheat kernel. Most foods have a total ash content which is much less than 5% however some very refined foods may have ash contents which are significantly higher (eg. cured meats).

Ashing involves heating the samples in an oxidising atmosphere (eg. air) to high temperatures (typically > 600C for food samples) for several hours. The oxygen reacts with the samples to convert all of the organic molecules into carbon dioxide, water and nitrogen which are all gases so are effectively removed from the remainder of the sample (ie. the ash). The minerals in food samples generally have very high boiling points and are therefore the only components remaining after the ashing process. The sample is weighed before and after ashing, the calculated difference then being due to the organics lost and the ash is reported as a percentage of the sample mass.

The Milestone PYRO microwave ashing system incorporates all of the benefits of a microwave system working with specialised fast heating/cooling crucibles which makes the ashing procedure fast, easy, effective and completely safe.

The application report below compares data for ashing of several food certified reference materials (CRM) and shows that the PYRO can achieve the performance of traditional muffle furnaces in a fraction of the time.