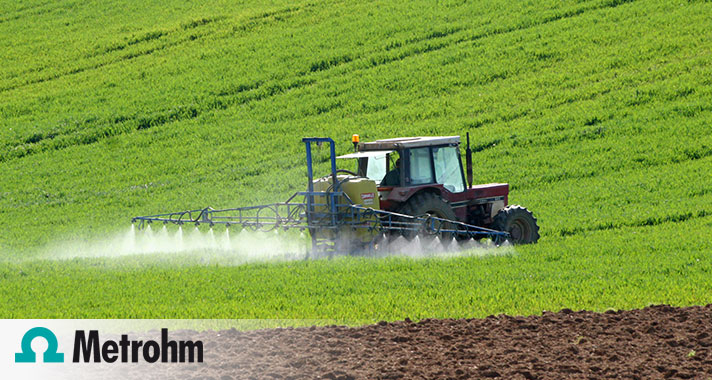 Glyphosate, better known under the commercial name as ‘Roundup” is the most widely used herbicide in the world.

Glyphosate (N-(Phosphonomethyl)glycine) is a broad spectrum, non-selective herbicide. It is the main component of Roundup (from Monsanto). It causes plant’s death by interfering with the production of certain amino acids.

The glyphosate molecule mimics a part of the PEP (phosphoenolpyruvate) molecule and thereby blocks its action in a metabolic pathway that is specific to plants (the shikimate pathway). Since animals are not capable of producing these amino acids, it was assumed that animals were not affected by glyphosate. Glyphosate gets adsorbed by soil particles and biodegrades to AMPA (aminomethylphosphonic acid), the major metabolite of glyphosate.

Glyphosate and its degradation products are topics of ongoing environmental discussions. A negative impact on biodiversity has been reported, especially concerning the ecosystems of micro-organisms. According to WHO, studies of acceptable daily intake describe a health-based value of 0.9 mg/L for AMPA alone or in combination with glyphosate of 0.3 mg/kg of body weight. In 2006, the US EPA set the maximum contaminant level (MCL) for glyphosate at 0.7 mg/L.